SNOW.GE - Winter vacation in the mountains of Georgia
Sei qui Home » Vacation on the Ski resorts in Georgia. » News from the Ski Resorts in Georgia » Gudauri Ski Resort » Review of infrastructural changes in the Gudauri ski resort Gudauri (Georgia) just before the winter season 2015-2016 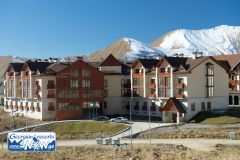 Artificial snow in Gudauri - is already a reality

Long-waited news for lovers of skiing – the 2014-2015 season will be historic for Gudauri by installing the snowmaking systems on the slopes (snow guns). 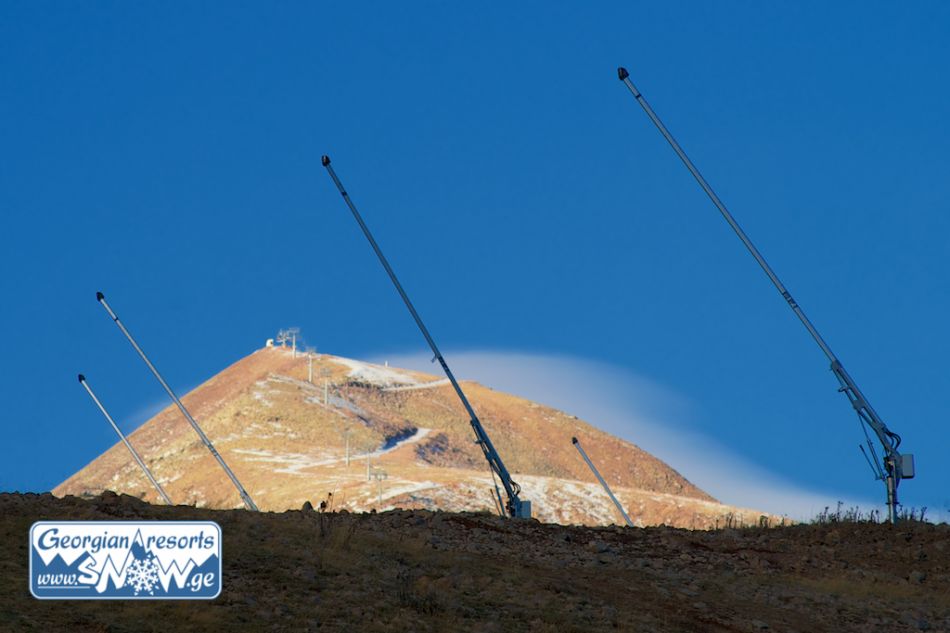 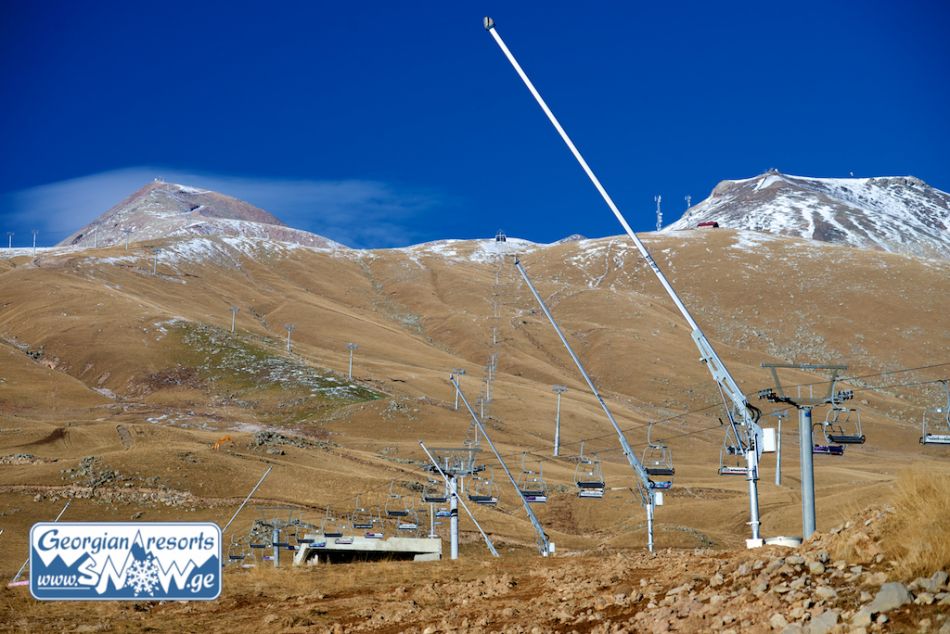 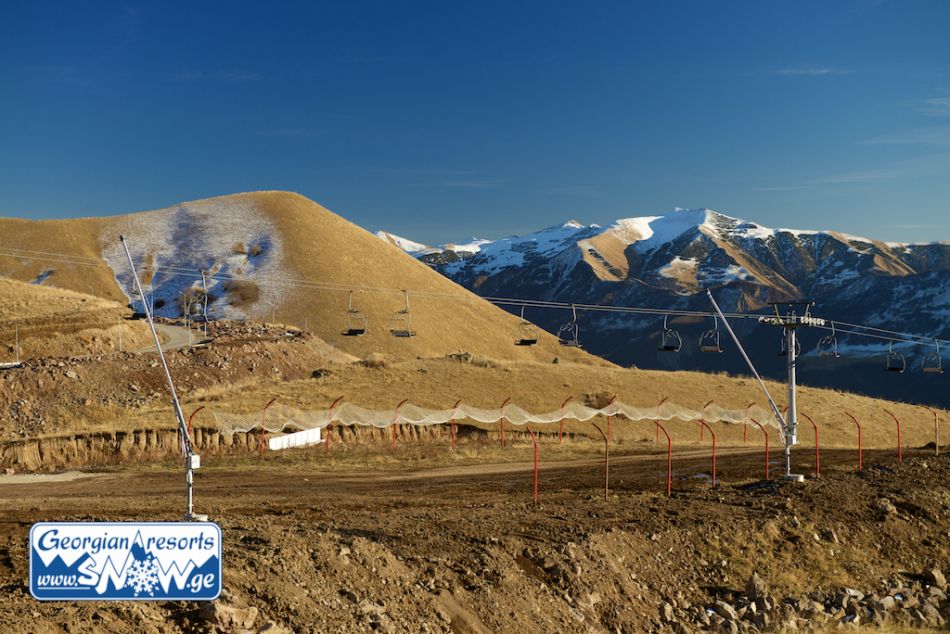 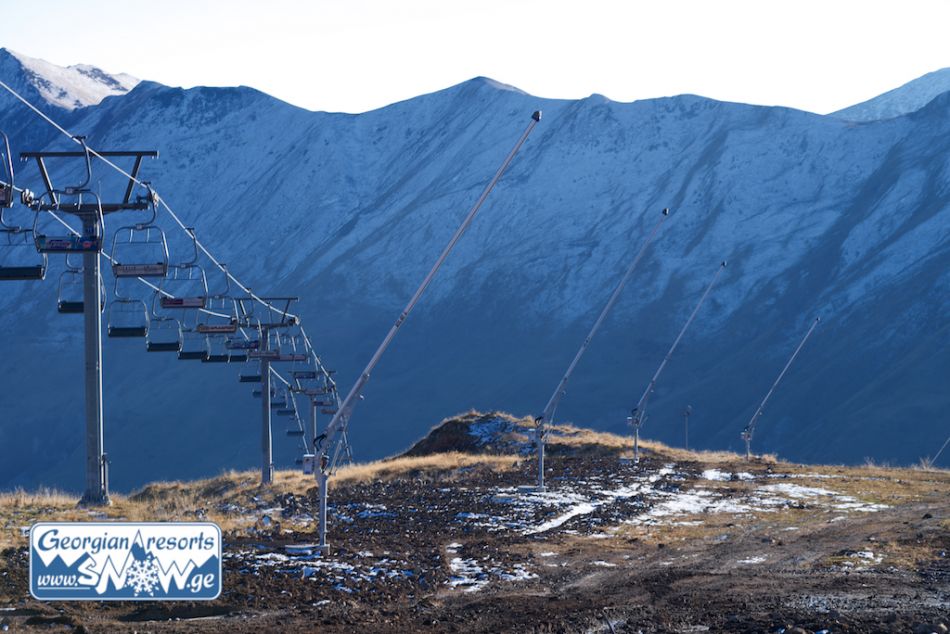 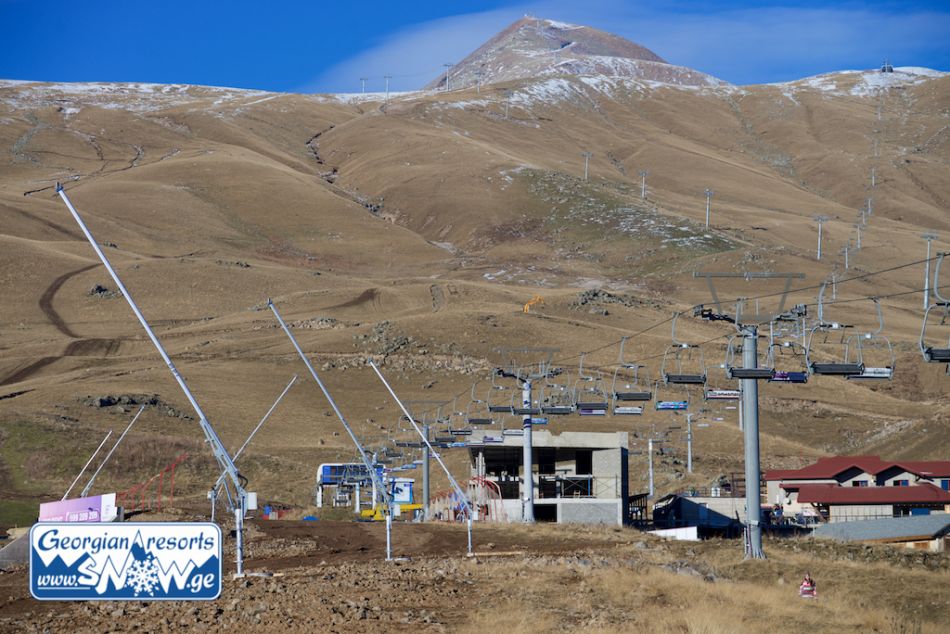 This season, the snow guns, in case of the lack of natural snow, will provide the snowmaking of the ski runs under the first cable car in Gudauri. During the next seasons, the snowmaking systems are planned to be installed at maximum 5 km of trails.

Unified ski pass for lifts to Gudauri and Bakuriani.

This year unified ski passes will operate for the lifts to Gudauri and Bakuriani ski resort. Their price will remain the same as last year.

Construction of new hotels in Gudauri

The rapidly growing demand for the hotel service in Gudauri has caused the boom in the construction of new hotels within the most popular price range - half-board from 50 to 70 dollars per person a day. This year several new hotels begin their work in Gudauri that will add to the hotel stock of Gudauri skiing resort a few hundred more beds. The leaders among them are two new hotels in Gudauri - Hotel Best Western with 128 beds and Hotel Monte Gudauri with 40 beds. These two hotels with their infrastructure, cafes, bars and restaurants constitute the so-called "Upper Gudauri" (hotels, located above 2,100 meters above the sea level) which is more attractive for tourists.

Hotel Alpine with 128 places (link to description of the hotel): Hotel Monte Gudauri (link to the description of the hotel): Expanding Hotel Freerider - a new hotel building will be added to it this year: The area of "New Gudauri" (Gudauri district with new buildings - residential houses and apartment hotel, next to the gondola) is under construction: 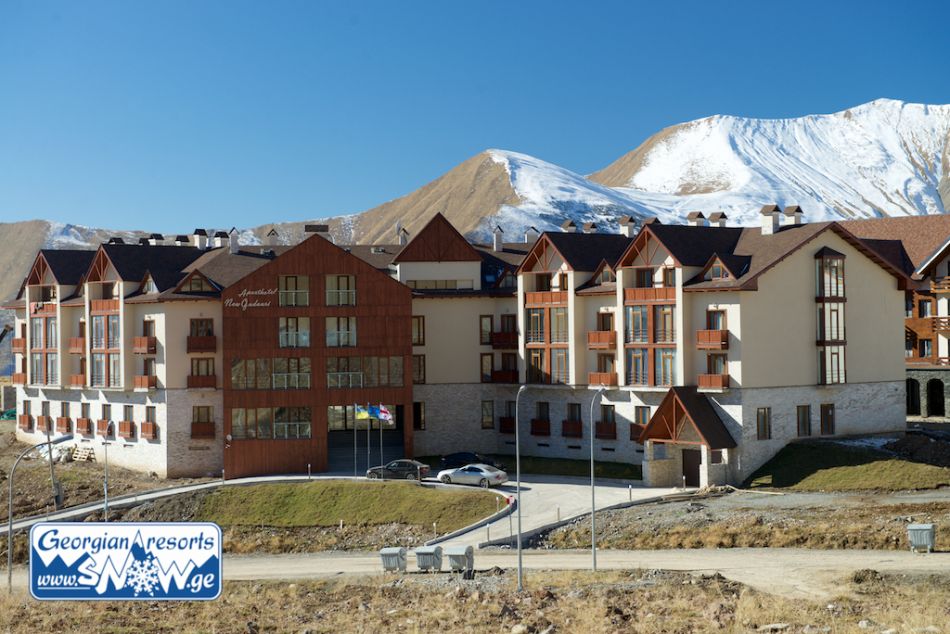 The construction of the second dwelling house is coming to an end- Aparthotel New Gudauri II: 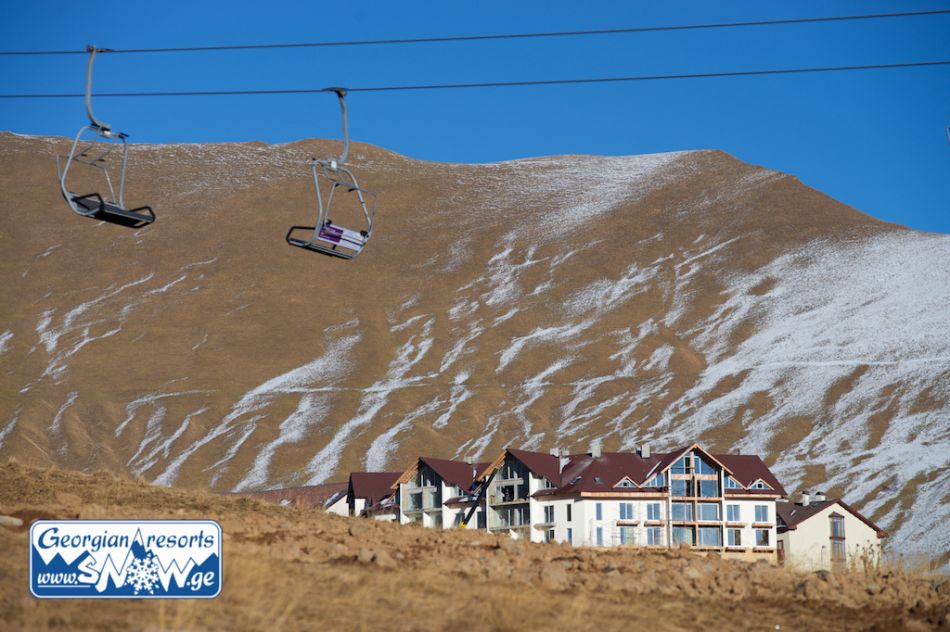 The construction of the third dwelling house (Aparthotel New Gudauri III) is coming to an end - it is located next to the hotel Gudauri Palace (looks like its extension): 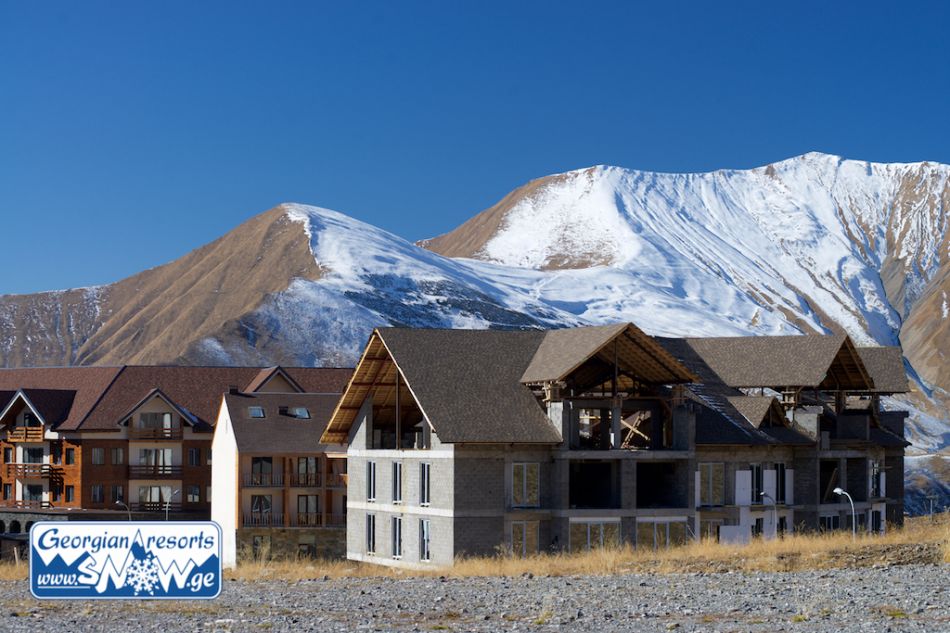 Entertainment and Apres-Ski in Gudauri

Construction of new hotel and restaurant "Time Out 2100" between the first and second rows of the cable cars: 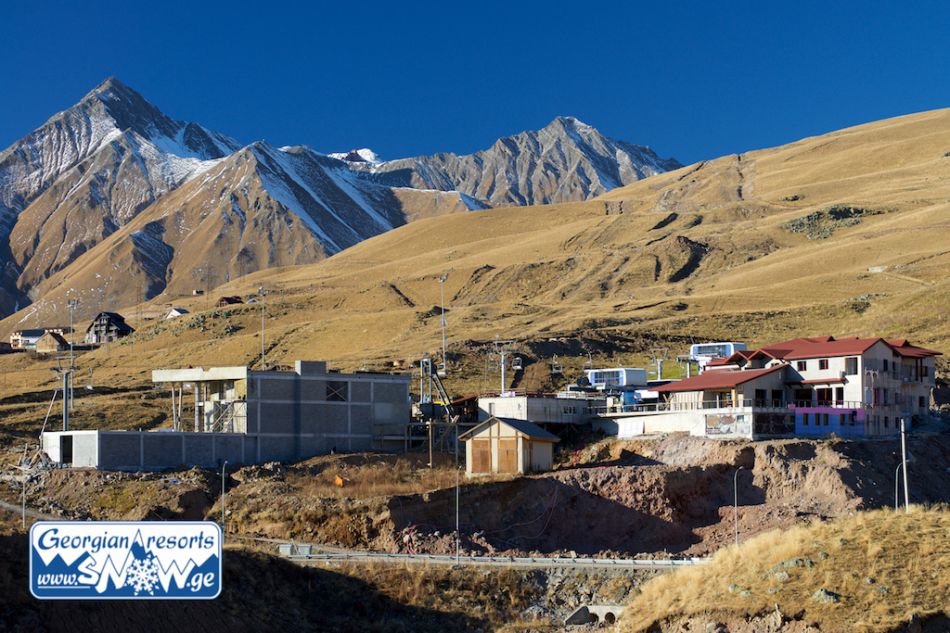 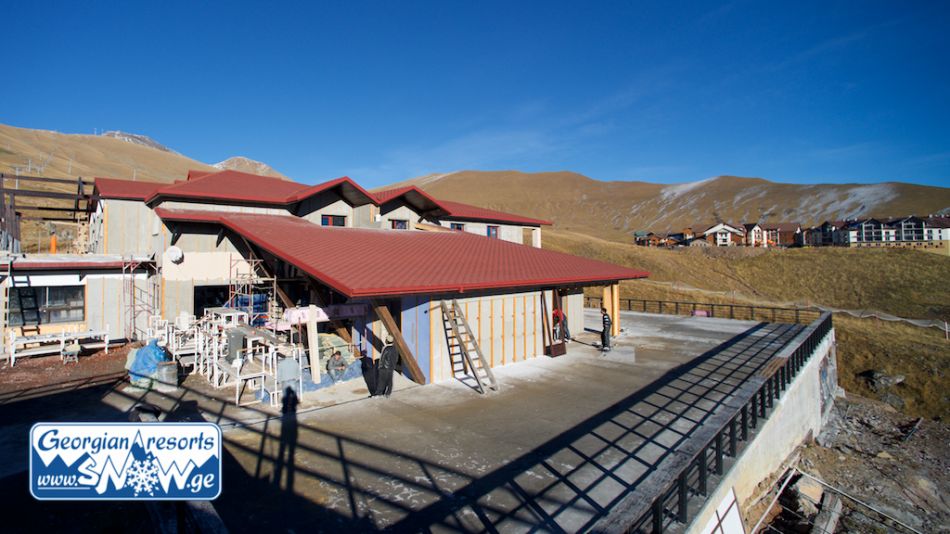 This season the Russian baths complex will be opened in Gudauri - three wooden houses - three separate baths, included in the complex with a cafe and recreational area: Particular attention is paid to comfort and safety of the visitors.

The construction of a new building of the Police of Gudauri Ski Resort has been completed- "Gudauri Police Department of Kazbek region": 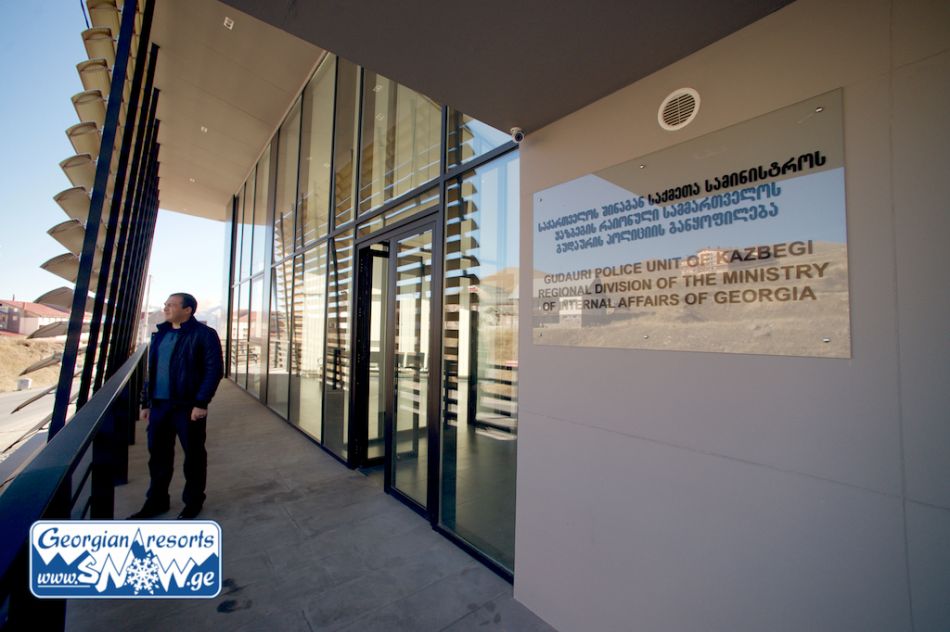 On this place, next to the police this year a hospital will operate- therapist, trauma specialist will receive the patients, the hospital will be equipped with X-ray room and wards for inpatients: 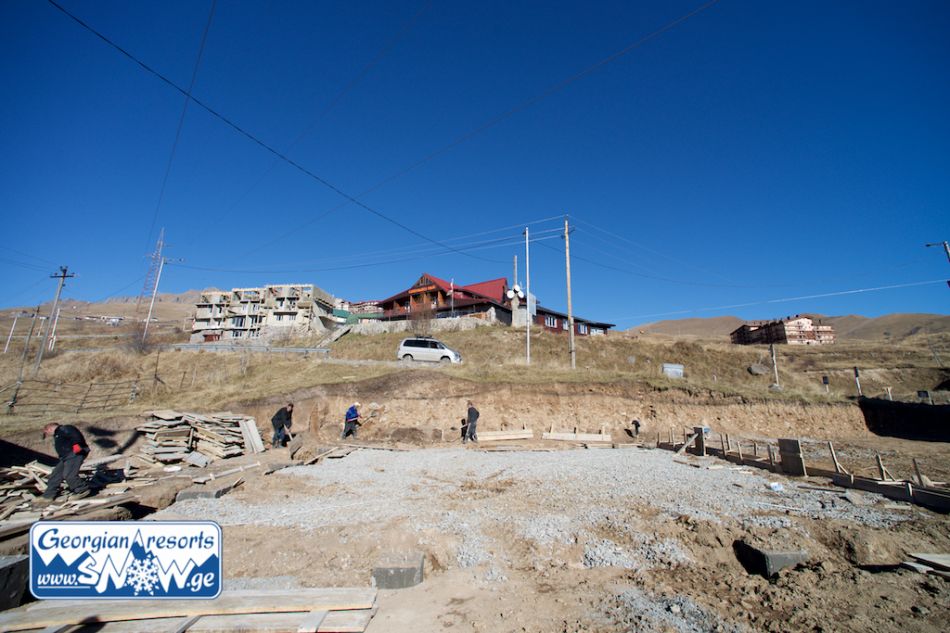 On the Christian holiday, Giorgoba (celebrated in Georgia on 23rd of November) a new Orthodox Church was opened in Gudauri Resort: 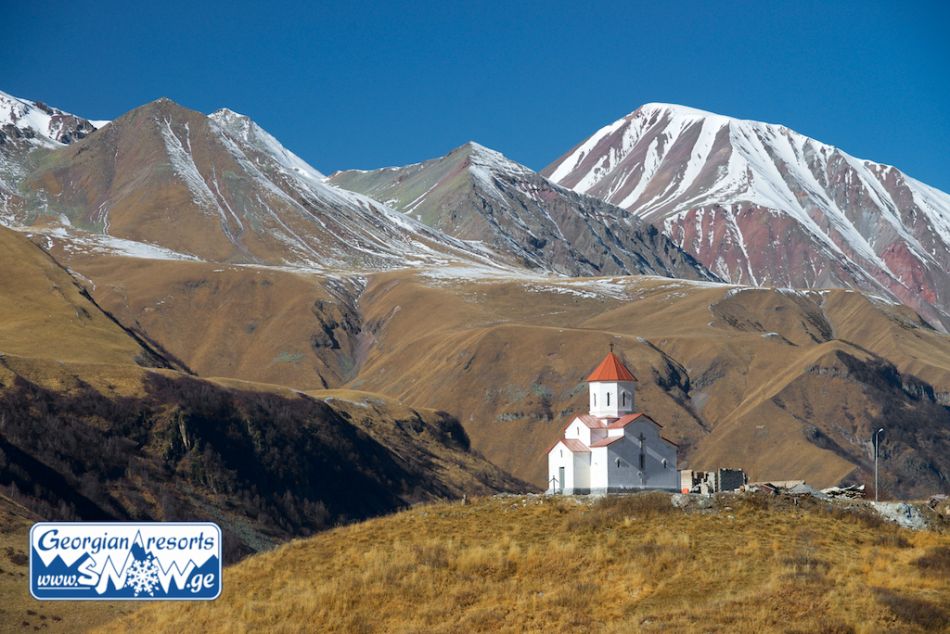 The National Administration of Tourism of Georgia is preparing for the opening ceremony of the season in Gudauri on December 20, 2014. A variety of activities are planned: paintball, light and color representation, a fire show, DJ and etc. Within these events, free buses will be provided from Tbilisi. The similar events at the end of December will be organized at all operating ski resorts of Georgia.

The immediate future of ski resorts in Georgia

Already next year, a new ski resort Goderdzi in Adjara region will open. The construction of a new ski resort Tetnuldi in Svaneti region and installation of artificial snow slopes in Gudauri and Bakuriani will continue, and several new hotels will be built. Now developing several ambitious projects of new hotels in Gudauri Resort, but some of them just copied from the other existing architectural projects, for example - czech project of the house-cube in the Slovak Tatras try to realize by Zurab Kiknavelidze - famous architect in Gudauri. According to his story start of construction at the hotel-cube in Gudauri resort is scheduled in 2015 at the end of the second stage of the cable cars, at an altitude of 2750 meters above sea level: 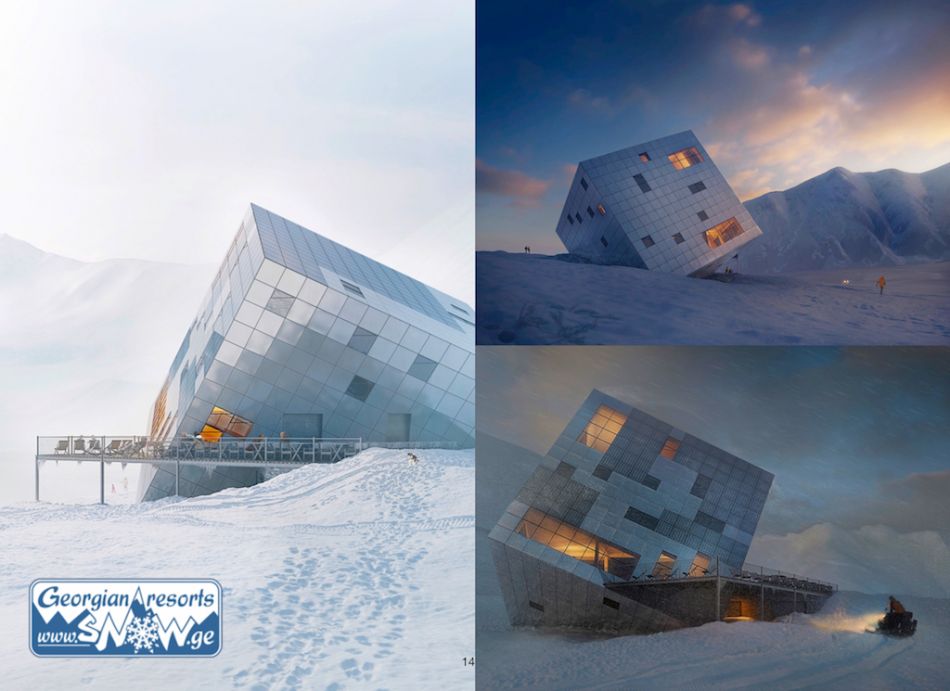